I WAS A SUBSCRIBER DURING THE 21-22 SEASON, HOW DO I RENEW MY SEATS?

The renewal deadline to accept your offer and renew your 2022-23 Broadway Comes to Reno subscription has now passed. Join our waitlist below to become a new subscriber when they go on sale July 12th.

I WANT TO BECOME A NEW SUBSCRIBER FOR THE 22-23 SEASON, HOW DO I BECOME A SEASON SUBSCRIBER?

We can't wait to welcome you as a new subscriber to our 2022-23 Broadway Comes to Reno season. Season subscriptions for new subscribers will go on sale July 12th. Please click the following link to be added to our waitlist so you will be the first to know when they become available: 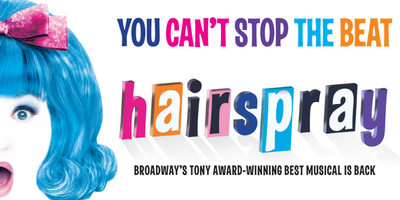 You Can’t Stop the Beat! HAIRSPRAY, Broadway’s Tony Award-winning musical comedy phenomenon is back on tour! Join 16-year-old Tracy Turnblad in 1960’s Baltimore as she sets out to dance her way onto TV’s most popular show. Can a girl with big dreams (and even bigger hair) change the world? Featuring the beloved score of hit songs including “Welcome to the 60’s,” “Good Morning Baltimore” and “You Can’t Stop the Beat,” HAIRSPRAY is “fresh, winning, and deliriously tuneful!” (The New York Times). This all-new touring production will reunite Broadway’s award-winning creative team led by Director Jack O’Brien and Choreographer Jerry Mitchell to bring HAIRSPRAY to a new generation of theater audiences. Dear Evan Hansen January 17 - 22, 2023 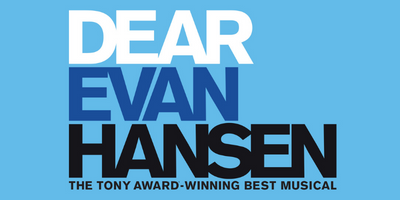 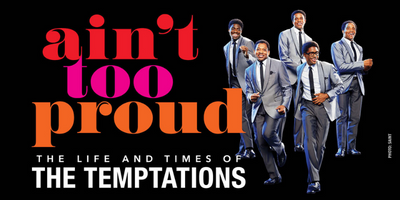 Ain't Too Proud – The Life and Times of The Temptations is the electrifying new smash-hit Broadway musical that follows The Temptations’ extraordinary journey from the streets of Detroit to the Rock & Roll Hall of Fame. The winner of the 2019 Tony Award for Best Choreography, it’s a thrilling story of brotherhood, family, loyalty, and betrayal during a decade of civil unrest in America. Set to the beat of the group’s treasured hits, including “My Girl,” “Just My Imagination,” “Get Ready,” “Papa Was a Rolling Stone,” Ain’t Too Proud tells the unforgettable story of the legendary quintet that Billboard Magazine named the greatest R&B group of all time. Come From Away March 28 – April 2, 2023 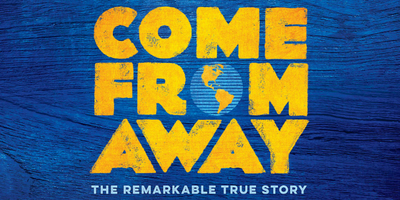 Broadway’s COME FROM AWAY is a Best Musical winner all across North America! This New York Times Critics’ Pick takes you into the heart of the remarkable true story of 7,000 stranded passengers and the small town in Newfoundland that welcomed them. Cultures clashed and nerves ran high, but uneasiness turned into trust, music soared into the night, and gratitude grew into enduring friendships. Don’t miss this breathtaking musical written by Tony® nominees Irene Sankoff and David Hein, and helmed by Tony-winning Best Director, Christopher Ashley. Newsweek cheers, “It takes you to a place you never want to leave!” On 9/11, the world stopped. On 9/12, their stories moved us all. Anastasia May 16 – 21, 2023 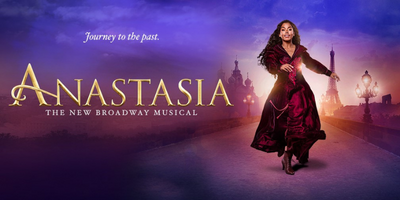 From the Tony Award®-winning creators of the Broadway classic Ragtime, this dazzling show transports us from the twilight of the Russian Empire to the euphoria of Paris in the 1920s, as a brave young woman sets out to discover the mystery of her past. Pursued by a ruthless Soviet officer determined to silence her, Anya enlists the aid of a dashing conman and a lovable ex-aristocrat. Together, they embark on an epic adventure to help her find home, love, and family. ANASTASIA features a book by celebrated playwright Terrence McNally, a lush new score by Stephen Flaherty (music) and Lynn Ahrens (lyrics) based on original direction by Tony Award® winner Darko Tresnjak with choreography by Peggy Hickey and tour direction by Sarah Hartmann.